Posted on October 26, 2015 by cariadbooksblog 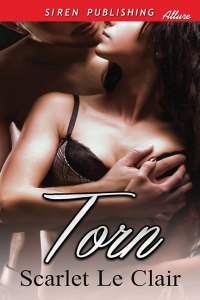 Samantha Garver moves back from Los Angeles to the UK after a very difficult breakup. Sitting around in the house quickly bores her, and she begins swimming lessons. There she meets her swimming instructor, Blake McCole, who is gorgeous…but so is his brother Luke—also an instructor at the leisure centre.

When Sam and Blake bump into each other at a local pub and she spills her drink over him the sparks fly. They end up spending a lot of time together and she starts to fall for Blake, but there’s something about Luke that she just can’t keep her hands off. A sexual need for him that she struggles to control. Torn between them, will the brothers ever let her have them both or will she be forced to choose between love and lust? 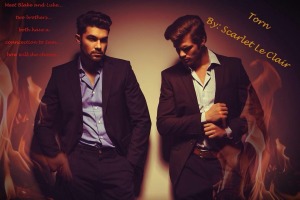 “Come on, Sam. Let’s dance,” Luke said, trying to take away my anger, grabbing me around the waist and imitating the dance moves I had made earlier. He made me giggle. He was so fun and was making a fool of himself dancing to make me happy. I forgot all about my anger at Ellie.

Maybe I was with the wrong brother? I mean, Luke was gorgeous, had a great body, and made me laugh. Plus he had the added bonus that he was single.

Mmm, something to think about, my inner self said.

For the next three songs, we danced silly moves, laughing at each other until a slow song came on. He raised his eyebrows questioningly.

I glanced to Blake’s table. Ellie was sat on Blake’s lap, smiling smugly at me.

“Can we dance this one? And then go get drinks? Since we are supposed to be on a date, we better look like it.” I smiled a small smile. I should have been there now with Blake, not poor Luke, forced to dance with me.

“Yeah, I’m actually enjoying it,” Luke said, moving closer to me and taking me in his arms. I snuggled in close to him, and we started to move in time with the rhythm. It was nice being this close to him, being in his big, strong arms. I breathed in deep. His aftershave was nice and clean smelling.

“Me too. Thanks for this, Luke. You’re so sweet. You shouldn’t let her talk to you like that. You don’t deserve it. She’s such a bitch.” I hadn’t moved my head off his chest when I said it, and for a while I thought he hadn’t heard.

As I picked my head up to look at him, he replied, “You don’t have to thank me for dancing with a beautiful girl, Sam. I like you. I wanted to dance with you. I’m glad that Ellie came. Can I kiss you, Sam?” he asked. He was so kind and cute and handsome. I couldn’t find the right words, so I just nodded.

He bent down and kissed me lightly on the lips, short, fast kisses, teasing me, using his tongue now and again to dart in and out of my mouth. I got up onto my tiptoes to be able to reach him better and kissed him fully. He moaned into my mouth and moved his hands from around my back to my hips, pulling me hard against him. His hands moved again, cupping my ass. My dress had risen, and his hands were up inside it. I could feel his hardness pressing against me. I closed my eyes and got lost in Luke. He was a really good kisser, teasing me gently, his tongue slipping in and out of my mouth expertly.

When the song ended, I didn’t want to leave the dance floor, and I held him for longer than I should have. He held me too, though, breathing into my hair. But eventually we made our way to the bar and sat on a pair of bar stools.

I looked over and saw that Natasha was having fun with my brother, Jax, and Sarah, who must have come in when we were dancing. I looked to Blake’s table. He was not at it, and neither was Ellie.

“So, Luke, can I ask you something?” I found myself a little nervous around him now.

“Yeah, of course,” he said, placing a hand on my knee.

Sparks flew. His touch was electric, and I felt myself beginning to get wet for him. My heart was racing, and I was sure he could see my need for him in my eyes, as he licked his lips extra slow and rubbed his one hand up his thigh. I shifted myself on the bar stool to get comfy, and his hand slid a little farther up my thigh. I gasped a little, and I was sure he’d heard it, but he didn’t comment.

Wow, how could two brothers be this sexy? He was amazing and sexy and kind and sweet and…not Blake.

“How come you don’t have a girl?” I asked, curious.

He laughed a little. “Ah, I did. We were together for a while, but in the end, we wanted different things, so we called it off about three months ago. It was a joint decision, and we are both happier for it. That’s when Blake moved in with me. And until now I haven’t wanted anyone else,” he explained, running his hand up and down my bare thigh.

I raised my eyebrows at the last sentence, but he didn’t say any more, and I didn’t ask. I really liked the way that he touched me.