Sometimes the price of revenge is too high.

When Mya discovers a badly wounded Edenist in the jungle, she hopes by saving him, he will help her enter the city of Naralina. She takes him to the safety of her home, only to find another Edenist is already there…and he’s looking for her.

Keeva’s mind is more than intrigued about the invisible woman who came to his rescue since there’s no such thing as a female Edenist…not that his body cares. When he learns of her history, his protective instincts flare to life, bringing with them a need to avenge her.

Bent on revenge, Haldone seeks Mya’s help to punish those who harmed his brother, at least that’s what he tells himself, but his feelings for her go far deeper than the “friend” she dubs him. Unfortunately, he’s not the best at communicating his feelings…or anything else for that matter.

The men’s thirst for vengeance on those who took her parents gives Mya hope and a new sense of family. It isn’t long before she develops a growing attraction, the first in her life. But surprises in the enemy camp and dangers to them all mount until she realizes they each must decide what is more important, revenge or each other.

Mya stared at the unconscious man lying beneath the salis bush, the trail of blood the only thing that had alerted her to his presence. The bush’s light but solid canopy kept him hidden from anyone walking by.

She held the leaves to the side, flicking her long hair over her shoulder, not sure what she should do. She wasn’t afraid since he couldn’t see her. She was invisible to everyone except Edenists with the ability to produce blue light, but this man didn’t have a Kindred of Light birthmark.

His was Kindred of Eden. The mark, two parallel lines with concave lines on either end, was plainly visible on his biceps, which meant he had a special ability that had to do with the planet’s flora or fauna.

If he’d been Kindred of Mind, she would have run as soon as she’d found him. Though she was invisible, her mind could be sensed, and she could be heard or even smelled. The man before her posed no threat…at the moment.

She’d grown up assuming every man she met in the jungle was a lawbreaker, but in the past year, she’d discovered there were others from the white and gold city of Naralina, who also lived in the jungle. If this Edenist was not a lawbreaker, he might be able to help her get into the city.

Even from where she stood, she could see the towering walls of Naralina, the city carved into a mountain and where her fathers had been born. The only way in was through a portal, but only those deemed worthy were granted the Crius chips that allowed two people to open one.

She’d traveled through one of those to get to Naralina from her cave, but the men who opened the portal had landed outside the walls. She’d been too taken with the city to catch them as they portaled inside.

She’d walked around the city for days, but there was no entrance at ground level. That’s when she’d heard the noises that had brought her here. She waited until they had stopped before investigating. She’d lost her parents to lawbreakers and didn’t plan on getting caught by them again.

Her mom had always said the salis bush was like a stubby version of a weeping willow tree on Earth but that it hid things better. Kneeling down beneath the bush, she could see the blood had stopped flowing. Did that mean he was dead? She followed the trail which led to a gouge under his right arm. The flesh there was torn as if by an animal. But there was similar damage beneath his other arm.

For a moment she was puzzled then she froze. The lawbreakers! Her words remained inside her head as fear tightened her throat. Beneath the arm is where the Crius chips were inserted. The lawbreakers must have been after them so they could get inside the city.

Compassion filled her, and she lowered her ear to the man’s chest. The slow thumping noise was a welcome sound. She had to help him.

He needed to be bandaged and watched. If a direlot discovered his scent, she would have a hard time keeping the two-headed, two-tailed canine away. Unfortunately, they had an excellent sense of smell.

She glanced through the trees toward the walled city. Finding her family would have to wait.

Sometimes the price of revenge is too high. Haldone, Keeva, and Mya are forced to decide what is more important, revenge or each other. Unfortunately, they don’t all make the same decision. Amazon http://amzn.to/2BNAYib 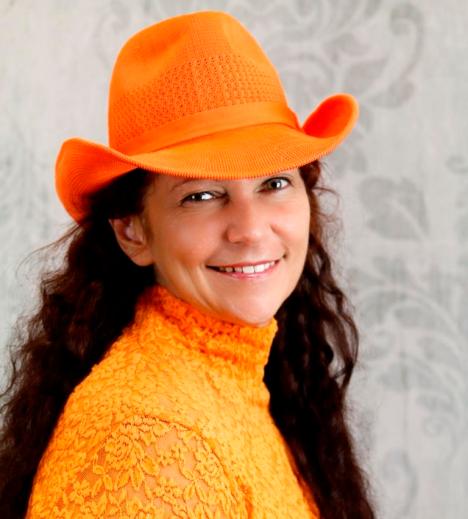 Lexi Post is a New York Times and USA Today best-selling author of romance inspired by the classics. She spent years in higher education taking and teaching courses about the classical literature she loved. From Edgar Allan Poe’s short story “The Masque of the Red Death” to Tolstoy’s War and Peace, she’s read, studied, and taught wonderful classics.

But Lexi’s first love is romance novels so she married her two first loves, romance and the classics. From hot paranormals to sizzling cowboys to hunks from out of this world, Lexi provides a sensuous experience with a “whole lotta story.”

Lexi is living her own happily ever after with her husband and her cat in Florida. She makes her own ice cream every weekend, loves bright colors, and you will never see her without a hat.