Posted on November 5, 2015 by cariadbooksblog

Gayle Cranfield was born in London and found her forever after, Mark at the age of 14.

After 30 years of being together, they have two children, both at a university, and now live in Wiltshire in the South West of England somewhere between Stonehenge and Bath.

Whilst on a road trip around California in 2013, she read some disastrous books and when she returned home decided to write one of her own. Having never creatively written a word since school, she picked up her iPad and hesitantly started to write in secret thinking she’d write a short story, before she knew it she had 97000 words!

“It is great to see your work come alive,” Gayle says. “Although you have various Beta readers telling you it is a great story and a real page turner until a publishing company says ‘Yes we want your work’ you only think your friends are being nice and trying not to hurt your feelings. Seeing the front cover being emailed to me for approval is always the best part and Jay Aheer has done the most amazing job, as she always does. 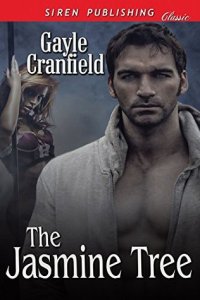 Michael Reynolds, ex-Royal Marine and SBS (special forces), has been deep undercover in London’s Russian Mafia for two years. He hates his assignment, but being half Russian, he was called upon to infiltrate the organisation. Now called Mikel, he has been tasked by his mafia bosses with finding girls in Eastern Europe who are to be put to work in the sex industry in New Orleans.

In a chance meeting, Mikel meets Lilly Summers and starts an intense relationship, but soon backs away when he realises he is getting in too deep and doesn’t want Lilly to get dragged into his pseudo life and the organisation he works in. But Lilly is offered a job she cannot refuse, working for Mikel’s Mafia boss, and Mikel soon realises Lilly is not all she seems, and that is where their troubles really start.

But Michael is troubled in other ways…what’s in his nightmares and what is the significance of the large tattoo that covers his back?

The Scent Of Jasmine 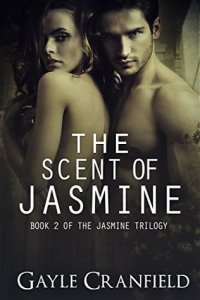 Alex Cooper was the child left behind when his sister, Georgina, was abducted at the age of eight from a busy Moroccan market, twenty-four years ago. Alex, now a SBS Commando in the British forces, always knew his lifestyle didn’t allow him to get close and personal to anyone, and he liked it that way. That was, until he met Mia.

When his father is murdered, Alex realises the information he tried to give him about his sister being alive and working within the Russian Mafia in the New Orleans sex industry, were more than just the rantings of a desperate dad. Now accused of his father’s murder and with the threat of the Mafia hanging over him, Alex, decides to leave England and to take Mia with him on his quest to find his missing sister in Louisiana.

Michael Reynolds now happily Living in the Caribbean is pulled out of retirement to retrieve Alex from New Orleans, as he is unknowingly breaking a treaty between the British Government and the Mafia. Michael soon comes to the realisation that he will never be free of his past pseudo life in The Bratva.

Will Alex find his sister and the love he never envisaged?