Posted on September 26, 2015 by cariadbooksblog 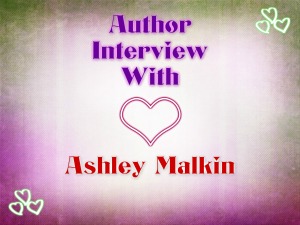 Synopsis
After a childhood tragedy Melanie Cook had shut out all people from her life, preferring to be alone over getting hurt again. On duty one night she is attacked by a mountain lion shifter and thrust into a world she never knew existed. She is put into protective custody by four enormous and handsome men, men she just can’t seem to stop desiring. She is feelings things she never imagined she would. These men threaten to break her years of disciplined solitude. Finn, Cooper, Hunter and Dane Frederick have lived a long time waiting to find their mate. They find her on a night of blood and death. Determined to keep her safe and to make her theirs they take her home. But explaining the existence of shifters to their human mate, and having her accept them for who they are, is not easy with the continued threat on her life.
Buy Link- http://www.amazon.com/Melanie-Eminence-Shifters-Publishing-Menage-ebook/dp/B00MEN2RAM/ref=sr_1_4?ie=UTF8&qid=1443303068&sr=8-4&keywords=ashley+malkin

Synopsis
Caleb Mabry is Alpha of his mixed pride of shifters in Pine Falls. He is a mountain lion shifter who has always used brute strength to win his battles. When he and his brothers, Prescott and Lachlan, find their chosen mate, Meg O’Brien, they are angered by her refusal to even talk to them. Anger turns to fury when she rejects them. Meg can’t accept her mates while a stalker threatens death to anyone who touches her. She runs away to save them, only for her stalker to nearly kill her and her sister, Lexie. Her mates rescue Meg and Lexie and discover her stalker is a creature with heavenly origins and a soul of pure evil. To free Meg from the danger that follows her back to Pine Falls the pride ends up relying on a new and dangerous friend, who brings them protection and strength. Caleb must use his cunning, not his strength, to finally save his mate.
Buy Link- http://www.amazon.com/Fighting-Heaven-Falls-Publishing-Menage-ebook/dp/B011J85BPU/ref=sr_1_3?ie=UTF8&qid=1443303068&sr=8-3&keywords=ashley+malkin

Brayden Walsh is a wolf shifter, and has spent the last fifty years trying to bring his brothers, Josh and Shane, back to humanity after they all suffered a horrific childhood trauma. When their mate, Abbie Lake, is brought to Pine Falls having been freed from the evil vampire, Selwyn Graves, he realizes his brothers must finally decide to fight for their own lives.

Abbie Munroe was taken from her home and held captive at the hands of brutal vampires for over a month due to her wolf-hybrid genetics. Rescue from imprisonment brings her the joy of discovering her mates and the pain of never being able to claim them.

As the mates fight to find a way to love each other, evil threatens the whole pride as Selwyn Graves comes to claim his precious hybrids. Can the pride use all of the supernatural powers at their disposal to forever free their mates from evil?