Posted on December 22, 2016 by cariadbooksblog

Reed Hamilton, a home restoration expert, is more comfortable in her steel-toed boots than teetering on heels at a shopping mall. Relationships she usually kills from neglect so she’s taken herself off the market. An unexpected assignment to evaluate a potential project in upstate New York has Reed leaving the Victorian she’s working on to meet with the client. A client she discovers spooning her from behind when she wakes up in his bed! Reed finds Mason charming, tempting and hot!

An early snowstorm dumps an irresistible woman at Mason Tate’s door. As beautiful and enticing as he finds her, career focused Mason doesn’t do entanglements of any type. So he proposed that while snow falls outside, they make their own heat inside and then go their separate ways with only pleasant memories of their time together. No emotions, just a good time.

At least that was the plan. Until that kiss. 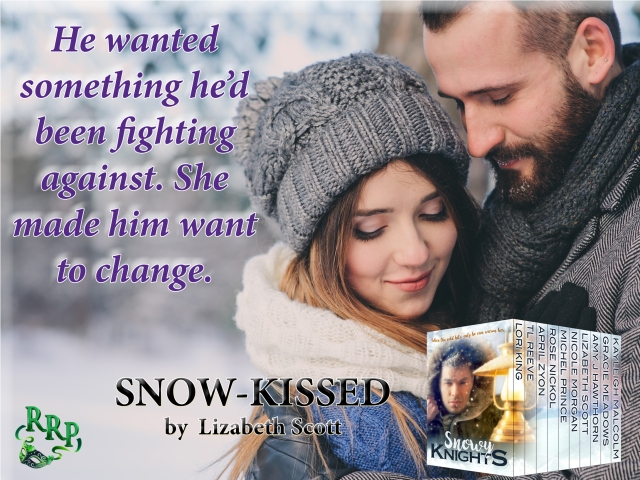 Oh, my gosh, what have I just agreed to? Reed fell back on their makeshift bed by the fire while waiting on Mason to finish in the bathroom. She smashed her palm on her forehead. What had she been thinking? Mason’s kiss had robbed her of both reason and logic. She’d never done anything so stupid or exciting, and with a man that she found charming, funny, and dangerously gorgeous.

She had to keep reminding herself that this was only a hookup. Why else would a man like Mason be interested in anything else but a fling with a girl who was the exact opposite of anyone he’d ever met before?

Maybe she should put her sweater back on? She’d undressed down to her bra and panties when she’d finished in the bathroom. But maybe that was too forward. Should she have waited and let him undress her? Didn’t men like to do that? She sat up and reached for her clothes she’d tossed hastily on the couch. Her hand stopped. No, Mason was experienced at this. He’d expect her to already be undressed. Wouldn’t he?

She flopped back on the quilts and groaned. Who was she kidding?

She pursed her lips and shook her head. No, she couldn’t do it. How could she sleep with a man she’d known for less than two days? She was crazy to even entertain the idea!

That kiss had left her feeling like she’d been on the ‘Tilt-A-Whirl’ at the fair. And so what if she’d never felt anything even remotely close with anyone else? She wasn’t a worldly type of woman.

When he came back, she’d simply tell him she’d changed her mind, come to her senses, really. He would understand. No problem. Reed turned her head at the sound of the bathroom door closing, the words to stop things between them from going any further on the tip of her tongue.

“Ma…” she began and then swallowed the rest. Whoa, she thought as he walked toward her. There was no way she was turning that down.

Wearing only a pair of tight black boxers, Mason came into view from the darkened hallway, and Reed was sure she heard Pony by Ginuwine playing in the background as he came nearer. She blinked and stopped breathing. The muscles of his thighs bulged, stretching the fabric of each leg. Her gaze moved a few inches higher; her eyes opened wide and then narrowed, zeroing in closer. Not a single inch was left to the imagination. He seemed to grow and hardened even more as she stared, helplessly hypnotized by the moment. When he came nearer, her eyes started their leisurely journey upward. His muscles were so close, her hand itched to reach out and touch each ripple on his tight, defined, and sculptured-to-perfection chest. She gulped and ran her tongue over bone dry lips.

Reed felt her body’s heat rise right along with her gaze. He was every fantasy she’d ever dreamed about; her body recognized him in an elemental way and reacted without her consent. She locked onto his brown eyes, his pupils smoldering as he turned the lamp by the couch off and moved closer. Firelight played over the ridges of muscles on his chest. She held her breath as he crawled under the covers. Their eyes met and she felt the deep scrutiny of his gaze.

He paused and a frown appeared on his handsome face. “Are you having second thoughts?”

The soundtrack in her head came to a screeching halt. Reed couldn’t believe Mason had picked up on her concerns so easily. “N…no,” she stammered and shook her head a bit too fast, making herself dizzy. Or it could have been his scent, a little bit musky and a dash of Irish Spring. “Are you?” she asked, not one-hundred-percent sure she wasn’t crazy for even thinking she didn’t want what Mason offered her.

A slow grin appeared. “You’re not a very good poker player, are you?”

If she was so bad, why did her brothers always want her to play with them? Yeah, she stunk. She’d figured out years ago, when she always left with her pockets empty, that the reason they let her play wasn’t because of her mad skills. “I’ve been told that a time or two, but what does poker have to do with this?”

Mason’s brow rose and he gave her a point-blank look. “Tell me what you’re thinking, Reed. Honestly.”

Her eyes ran over his chest again, and her mouth watered to put her lips on him. She wondered—if he could blow her mind with just a kiss, what would more feel like? She did want him, but deep down, she knew she didn’t feel comfortable enough to actually do the deed. So honesty won out. Damn it! “I know what we agreed on.” And this is when her hands became involved, gesturing wildly with each word. “It’s just I’ve never…I mean, I have done that. Of course, I’ve done that. A lot. No. Not that much. That’s not what I mean. I haven’t…” Reed became more frustrated the more she tried to explain and bombed at getting her message across.

Mason’s lips twitched as he tried not to laugh. He sat up and took her hand in his, helping her to sit up, and they both leaned back against the couch. “Reed, stop babbling. Let me see if I can help you.”

Reed didn’t miss the way his eyes darkened as they took in her bra and panties. She pulled the top quilt over her; she should have left her sweater on. She sighed and slumped back against her pillows. “I wish you would.” Mason didn’t turn her hand loose. Instead, he made tiny circles with his thumb on her wrist. Her stomach clenched, and again, she wondered about her sanity.