Posted on October 11, 2015 by cariadbooksblog 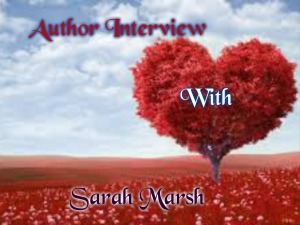 Today we have Three incredible authors taking over my Blog I want to say a huge thank you to them all. Second up we have Sarah Marsh. PS Dont forget to comment as you will be entered in to a giveaway too win some of Sarah’s swag.

Q: Tell us more about you and what drew you to your genre?

A: I really love reading erotica and science fiction/ paranormal books, ever since I was a teenager and read my first Anne Rice Vampire Chronicles I was hooked. So when I thought about writing a story that was naturally the first place my mind went to. Plus it’s fun as hell to write 😉

Q: Did you ever think you would become a writer or did your dreams take you elsewhere?

A: I had never written anything more than poetry up until a year and a half ago, so no, I had no idea that I would love writing this much. It was a complete and utter surprise.

Q: If you had a free pass to date, sleep with, or marry any celebrities who would it be?

A: Hmm, well let’s see, I’d absolutely marry Luke Evans because then I’d get to date him and keep him. If it was just for a date I think I’d pick Chris Pratt because I’d bet he’d be so much fun, and if it was just to sleep with I’d pick Tom Hiddleston…and request that he rock the Loki outfit, because I have a super villain fetish.

Q: What authors do you fangirl over?

A: Gosh, I have so many favorites, but I think I get the most excited when new books are coming out from Kresley Cole and Shelly Laurenston. Then I read them all in one day and bet really bummed that I didn’t take my time and savour them.

Q: Can you share a snippet of your latest book?

A: The current WIP that I’ve been working on is a paranormal series, it’s called Raven’s Awakening. Here’s a sneak peak!

Not everyone in this world deserves to be loved. Not everyone will find that other half of their soul. The fates are not so kind.

Some are cursed to simply walk alone, to measure the years as a punishment for deeds done in a life long forgotten.

They say karma’s a bitch….but from Raven’s point of view, not only was karma a bitch, but that bitch was seriously looking to get her eyes gouged out!

For as long as she could remember, she had always felt different. She’d lost her parents young, and although they were very kind and loving people, she had always felt like a stranger in her own family. Not only in her family, but school, with the neighbourhood children, everywhere – she simply did not belong.

So at a very early age she resolved herself to give up trying to fit in and just hid the loneliness and the longing she felt, to put on a fake smile and act as happy and content with life as everyone else around her seemed to be.

In her teenage years, she learned to befriend those whom were also outside of the normal crowd. In her late teens and early twenties she learned that a little bravado and barbarous tongue distracted most people from noticing the truth.

What was the truth? If she was going to be perfectly honest with herself, she would say she was born with a broken heart; doomed before she even came into this world.

If she only knew how close to the truth she truly was.

Q: Do you draw any inspiration of your characters from yourself?

A: Sometimes, it depends of course on the character, but when it comes to the female leads I usually always have some of my own traits in her. The sarcasm would be the most obvious, simply because I can’t help myself!

Q: How open are you at admitting that you are an Erotica Writer to people?

A: Well I’m not a full time writer yet so it doesn’t always come up in conversation. Lol, I usually try to gauge how conservative the person is and if they push the issue I’ll tell them I write sci fi romance, but with friends and family I just tell them what it is. Best to warn them ahead of time right? 😉

Q: Out of all of your characters who do you love the most?

A: For female leads I really loved Eve’s character, she was strong, and she was funny, I really loved the fearlessness she showed despite everything that happened. For the male leads it would absolutely be Arkenon from the fourth Coalition Mates book that comes out in October, he’s everything I’ve ever fantasized about in a man.

Q: Have you ever written anything that you wouldn’t dare to do in real life?

A: Lol, I don’t think so and that’s saying a lot if you’ve read my books!

Q: You’re stuck on a desert island and you have 1 song, 1 book, 1 book boyfriend and 1 luxury item. What are your choices and why?

A: Song- Thinking Out Loud (the Luke Wade version) because its my fav

Book- Pleasure of a Dark Prince by Kresley Cole, because I can read the Immortals After Dark series forever and this one was one of the best!

Book Boyfriend- Oooo, I would definitely want it to be Caden Wode from Dark Desires After Dusk by Kresley Cole. I like me some hottie demon with an accent and authority issues! Yum! …plus, he could catch me food.

Luxury item- gosh, that’d a tough question. I was going to say a Costco pack of razors, but meh, Cade can deal with my hairy legs. I think I’m going with a goose down duvet, because you could make a lot of stuff on your own, but nothing that soft and I do like to cuddle.

Being Tied up Or You Tying Them Up: Being tied up

Thong Or No Panties: commando

A Big thank you to Sarah for letting me interview her, its such a pleasure to have her today.

Below are a few of my favorite books that i hope you will love as much as i do and of course buy them. 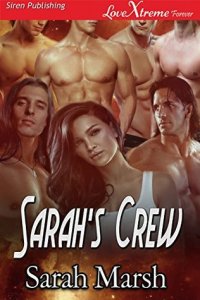 Sarah Lowen is leaving her past for a fresh start, but when fate has other ideas she finds herself with six rescuers that need her just as much as she needs them. When Sarah wakes up from her accident to see that she’s been rescued by beautiful alien men she thinks she must be dreaming; but her imagination couldn’t have prepared her for the reality of what they need from her.

Daegan was relieved that they had found a suitable female to bond with, fearing he had condemned his bond-mates and crew to certain death by trusting the wrong woman. Tristan, Vaughn, Rykken, and Callen seem to be more than content with sweet little Sarah, but Zane seems determined to keep his distance. Will Zane’s unwillingness to love Sarah cost them all their future? 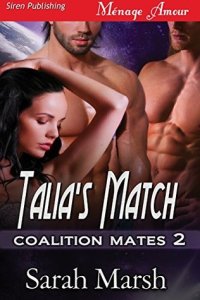 Talia Booth finds herself kidnapped from her home planet of Earth while hiking and wakes up in an auctioning facility on a strange planet surrounded by aliens. Luckily she catches the eye of a couple of beautiful men who are familiar with her species and they decide to rescue her from a dreadful fate.

Asher Rhodan and Grae Derhsavve have been looking for a third to complete their relationship and start a family and when they see Talia, they both know she’s the one. All they have to do now is convince her that a relationship with both of them is possible.

The Prince and the dragon may not be the type of males that Talia is used to, but before long she finds their attention and steamy teasing impossible to resist. Asher’s complicated family situation threatens to destroy the new happiness the trio has found. Can Talia let go of her inhibitions and let herself love the men that destiny has brought her to?

Evangeline Scott was hoping for a fun night on the town after a hellish day. What she couldn’t have imagined was getting kidnapped by alien slavers and then left to die on an abandoned ship.

Kai Dallen and Roan Quinn were having some bad luck of their own when they found themselves set up by an old adversary and trapped in the vault of a Dhuaation Pharaoh’s ship with no way out. When Khaman-Ra makes them an offer they can’t refuse, the two space pirates end up rescuing a ship full of human female cargo. All three males are immediately drawn to one of the beauties and make an agreement to satisfy everyone’s desires. The only problem is, they didn’t think to ask Eve and when she wakes up to find that she’s now married to three aliens she’s mad as hell. By the time all four of them realise their true feelings, will it be too late, as a woman from Roan’s past threatens to ruin it all?

Seduce me with words.

Inspire me with passion.

Blind me with longing.

Break me with need.

Bind me with love

Sally Owens was content to spend her life hiding in plain sight, as long as no one got too close or tried to wrestle the reigns away from her that is…

When she goes out for a night on the town to troll for the new Mr. Right Now, getting kidnapped and shipped out into space was NOT what she had in mind. But above all else Sally is a survivor and she soon comes up with a plan to thrive in this new world.

Arkenon Quinn, Courtesan Guild Master on the planet of Sirus, is informed that one of the new human refugees wants to join the Courtesan Guild and he was of course curious. However, when he meets the audacious and beautiful Sally he finds himself signing up to be the one to mentor her against his better judgement. What he could never have anticipated was how quickly this fascinating creature would steal his heart and force him to do something he’s never had to do before- chase a female.

Will Sally’s painful past keep her from finding a future with the man who’s like no other she’s ever met? Or will she have the strength to place her body and soul in Arkenon’s extremely capable hands?

Dont forget to comment and you will be entered in to a give away.